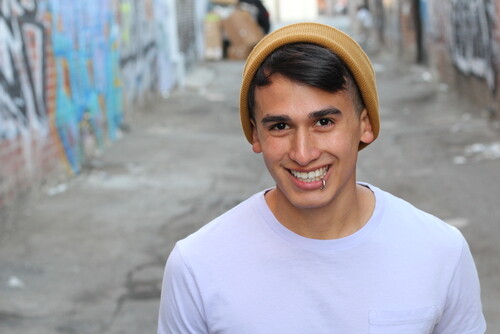 Advertisements, movies, and other forms of media are notorious for setting impossible standards for people. Using photoshop, pre-written scripts, and other tools, both men and women are often portrayed as impossibly perfect in the media. The unrealistic standards that have been set by the media often cause damage to onlookers—especially younger people such as children and teens. In this post, we are going to discuss a few of the unrealistic expectations that have been set for boys via the media and what we can do to help break them down.

First and foremost comes the most obvious one: the absurd idea that in order to be attractive, a young man must spend three or more hours every day in the gym working on his perfect physique. Unfortunately, the pictures we see on billboards, movies, TV, and other forms of media have been photoshopped to the point that they are unrealistic.

The truth is, relying upon those impossible standards brings nothing but harm to a boy’s self-image and confidence. Promoting a healthy body image and fostering self-esteem are a few of the things we do at Triangle Cross because we understand how harmful media depictions can be.

Another absurd belief—one that is perhaps more damaging than the previous one—is that men are not supposed to show emotion. Too often, showing emotion is portrayed as being synonymous with weakness. This results in a variety of problems, including the fact that men are less likely to get the help they need if they are suffering from a mental illness because they don’t want people to think they are weak.

Adopting this mindset brings a lot of unnecessary suffering and loneliness to the people who do so. Unfortunately, it is a common mindset to have—after all, many of these boys’ heroes from TV and movies never show emotion. Part of our goal at Triangle Cross is to help our boys understand that everybody feels things and there is no shame or weakness in expressing your emotions and dealing with them in healthy ways.

Because of how they are portrayed in the media, many boys falsely believe that “macho” men are the violent ones. It’s as if the media is telling our boys that if they want to be a man, they must be tough, strong, and violent. When left uncorrected, this belief is harmful in more ways than one.

Part of our mission at Triangle Cross is to challenge this unhealthy mindset and help our boys understand that true manliness manifests itself in the form of taking care of themselves and those around them. When you trust us to care for your children, these are only a few of the negative mindset patterns we will challenge and improve.