Triangle Cross Ranch & School uses a network of mental health professionals, educational consultants, recovery coaches, social workers, spiritual directors, youth mentors, and vocational/technical instructors in order to provide dynamic and effective service plans for the struggling teens who enter our program. By having a service team that is composed of both direct program employees and contract professionals, Triangle Cross Ranch is able to draw upon the many external resources available in our local community to create a collaborative system of care that will benefit your son. 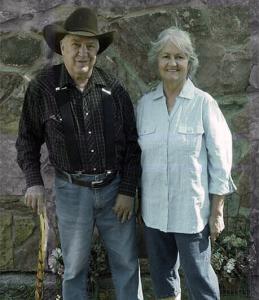 The Founders of Triangle Cross Ranch were honored by the state of Wyoming with the “Parents of the Year” award in 2002. They were recently awarded the “Fidelity Award” from Catholic Central in Michigan for the unwavering dedication to the Catholic principles of education of this distinguished private school.

Perhaps the first ideas for some of the Triangle Cross Ranch philosophies came from Jerry’s childhood where he was taught by the Brothers of the Holy Cross in all boys’ schools that he attended. Or maybe it was the all men’s college where he earned his engineering degree. Wherever the ideas came from, only a man with the determination, perseverance, and humble nature of Jerry Schneider could have realized the vision.

After two years working as an engineer, Jerry decided that he was called to something different. He traded in the office chair for the saddle, and in 1967, started ranching in Wyoming. It took a few years before he found his home, but that happened in 1973 when he purchased the land that would one day be Triangle Cross Ranch. It was on this piece of land that he and his wife Mickey decided they would raise their family of six children.

Jerry’s long resume shows the tenacity and hard work of a Wyoming cowboy. Jerry has worn many hats over the years, from a college instructor to a boxing coach. He has owned and operated five different businesses and has been a Wyoming rancher for fifty years.

He learned about raising children by being a father to his own six children; Angie, Susie, Danny, twins: Matt and Mark, and Luke. Each of the Schneider children have grown to desire to give to God in their own way; from working with troubled youth, living the missionary life, becoming a priest and Carmelite monk, to obtaining an MBA, each life to give back.

Mickey and Jerry have always felt that their calling was to be parents. Since 1967, when the first troubled youth came to live with them, they have extended this parenting beyond their own family. Over the years, more troubled youth who were in need of some help would come and stay with the Schneider’s. Then in November of 1991, while working cattle on the mountain, Jerry’s horse somersaulted over the top of him. He awoke in the hospital to find that he had lost movement on one side of his body. Knowing how unforgivable Wyoming can be to a cowboy, and how even the strongest, sometimes can’t make it, Jerry wondered how he could continue to run his ranch with a disability such as this.

The origin of Triangle Cross: After thinking and praying about it, a couple of young men offered their assistance, to help the ranch stay afloat. After those original two troubled youth, they just kept coming. Through his accident, Jerry learned that his true calling was in helping troubled youth find themselves, the way that God created them. He found the rewards of this greater than those found raising cattle, “so now we do both”.

Micky was born August 2, 1945, and is the oldest of 12 children. Mickey and Jerry married in 1963 and had 6 children of their own. Mickey was a CNA for two years before deciding to become a stay-at-home mother. Mickey and Jerry started taking troubled youth into their home in 1992 and Triangle Cross Ranch Youth Ranch was formed in 1996. Mickey says that “my own children were troubled youth so I really understand how helpless other parents feel; the guilt, the “what did I do wrong?” question, and all the whys.” Mickey’s experience with her own children as well as the troubled youth she has helped guide through the years has made Mickey an invaluable member of the Triangle Cross family. 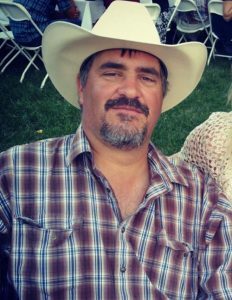 Mark Schneider has been married for over 25 years and has two children who have both graduated from college. Mark has spent the majority of his life working as a mountain cowboy. He has tremendous horsemanship and mechanizing skills. He is a professional rancher and farmer and has earned a Welding degree from Northwest College in Powell, WY. Mark is a professional mechanic and heavy equipment operator. 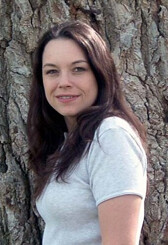 Julie has been married for over 27 years and has two grown children, and two grandchildren – a granddaughter and a grandson. Julie grew up in Wyoming and her hobbies include reading, playing with her grandkids, and spending time with her friends and family.

Scott was born in La Junta, Colorado and has two children, a daughter who is 31 and a son who is 22 years old. He only lived 20 miles away from a cattle ranch that his relatives owned. Scott grew up working in the ranching life and began rodeoing at a young age. He also enjoyed playing competitive baseball. After graduating high school, he continued to work on cattle ranches for seven more years. Scott eventually began working with youth as a bus driver for ten years and feels that it has helped him to be able to work with youth and troubled youth. Scott teaches the boys here roping and believes this work will help bring them confidence as they learn new skills. He also hopes to teach both to be kind and make good decisions in their lives.

All new families with troubled boys that need counseling and psychiatric care are referred to our partner, Yellowstone Behavioral Health in Cody WY. Accepting insurance, the expert counselors and licensed care at Yellowstone Behavioral Health give the students what they need as far as mental and emotional health with weekly appointments in person or virtually, including the management of prescription meds, etc. https://www.ybhc.org